In 2007, with the support of the IWC, we continued our research on the Saker falcon in the areas of Podravina, Posavina, Slavonia and Srijem (Syrmia). We examined about 3000 electric power poles and more than 1000 km of power transmission lines. We examined 468 active nests (different bird species), and found two Saker falcon nests in eastern Croatia. 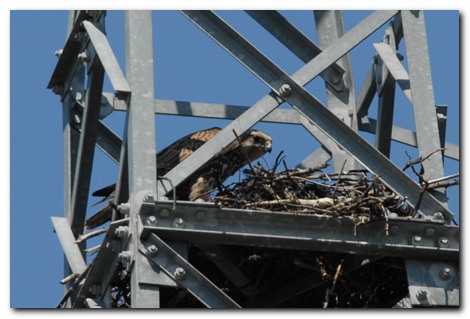 Typically, there are three young per nest. However, often before leaving the nest on their own, the young are thrown from the nest by the strong winds that commonly blow in this region in the spring. Parents usually continue to feed the young under the nest. If they are not injured, they often successfully grow and fly. The young falcons leave the nest at the start of June. They remain close to the nest for three to four weeks, and the parents teach them to hunt prey.