In Croatia, the Saker falcon begins nesting in March, and the young leave the territory at the end of June. The female most often lays 3 to 5 eggs, with both parents incubating the eggs for 28–30 days. The young falcons leave the nest at 40–45 days of age. After another 30–45 days, they become independent and leave the territory. 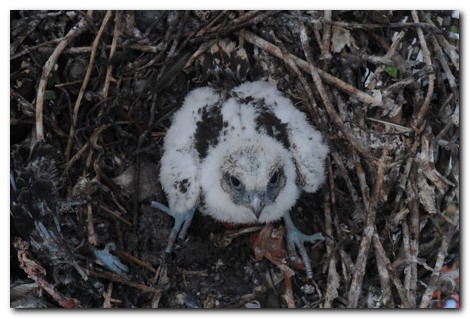 In 2009, two pairs of Saker falcons were found nesting on power transmission line poles within the borders of Croatia. A total of five young falcons hatched, and the nesting activities and growth of the young falcons was observed from the ground, and it was not possible to monitor the state in the nest. In an attempt to obtain better results, we requested the assistance of Croatian Electric (HEP), which offered full technical assistance, allowing us to approach the nest for the first time, to ring the young birds, collect material for DNA analyses and collect data on prey in the nest. The materials collected are of exceptional importance for learning more about this species.