The Saker falcon is very popular with falcon trainers, particularly in Arab countries where they also represent a status symbol. In 1990, the population of the Saker falcon was assessed at about 8,500–12,000 pairs. In 2003, the number of pairs dropped to only 3,600–4,400. A decline of 90% has been recorded in some countries. Such a drop in the number of pairs is certainly due to the illegal trade of these birds, which includes about 5,000 birds each year. Due to difficulties in controls and implementation of the law, even in Croatia, individuals are killed or captured by irresponsible people. If a captured bird are found, it is virtually impossible to return it to the wild, while the responsible persons often go unpunished. In order to protect the Saker falcon, the continued monitoring of its population in the field, from the start of nesting to the independence of the young falcons and their departure from the territory it is of crucial importance. 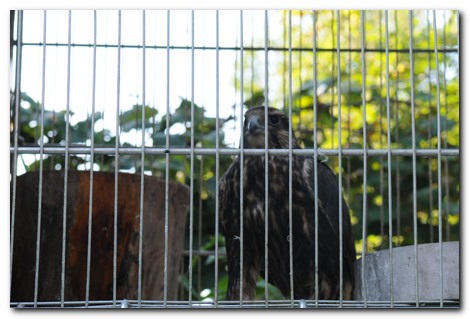 Nests should be monitored to protect the falcons from theft and being killed. Frequent observations allow us to learn a great deal about these birds. Thanks to regular visits to the nest this year, a young female was found under the nest on time, and saved from certain death. The young female weighed only 625 g, and expert care for the bird was provided in the competent institution. The bird was rehydrated and succeeded in recovering under expert watch. She achieved a mass of 1200 g and was able to fly well. She did not form a bond of trust with the humans, and as such, has a good chance of successfully returning to the wild. The remaining two birds in the nest were raised by the parents, and they successfully left the nesting territory. 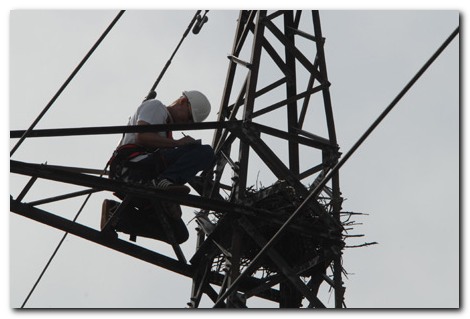