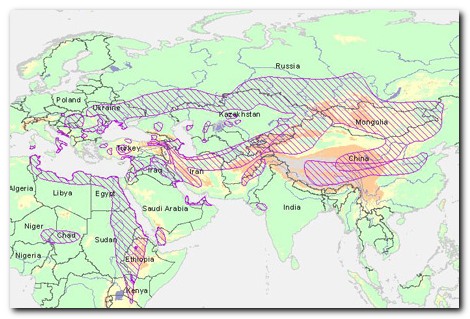 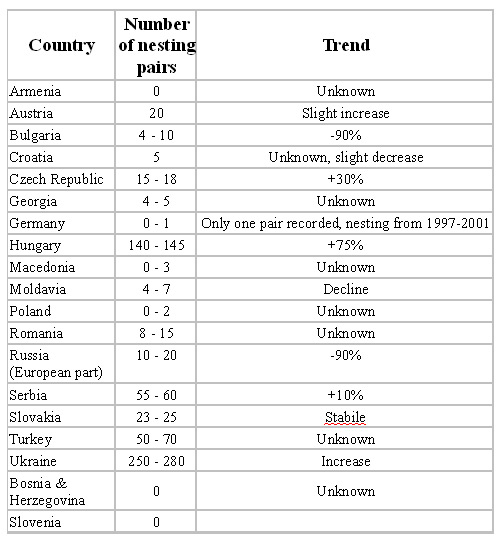 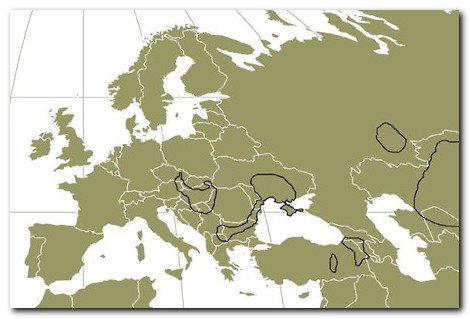 Until 2006, there was no research focusing only on the Saker falcon. During 2006, the Drava Natural History Society conducted research of the Saker falcon population in Croatia, with the support of the Ministry of Culture. The data compiled and experience obtained allowed us to visit the majority of power poles during the following nesting season, to record the nesting of Saker falcon pairs. 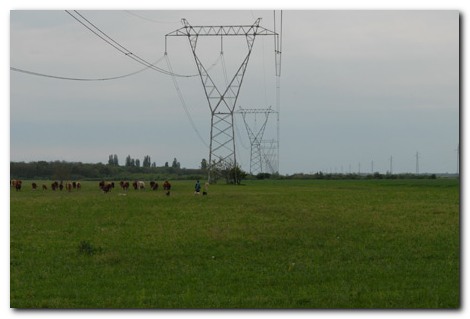 There is a great deal of variation in the colouration and size of individual Saker falcons. Some authors state that there are more than ten subspecies. A significant difference in bird mass has also been found in individual areas. Young females in European populations are known as F. c. danubialis, and range from 850–1100 g, while adults range from 950–1250 g. In the Altai mountains, F. c. milvipes is significantly larger, with young females weighing from 1150–1300 g, and adults from 1230–1390 g. A relict hybrid G/S has been noted in the same mountains, with the female weighing from 1350–1550 g.