Individuals from the collection of the Croatian Natural History Museum 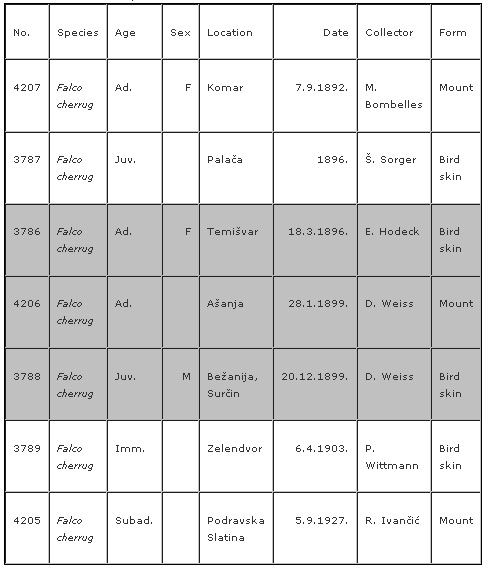 Individuals from the collection of the Institute for Ornithology

Within the framework of the international project Saker Falcon in Southeast Europe – Research and Conservation, we participated in a workshop at the Bulgarian Academy of Science and Art in Sofia in February 2006, where we collected basic information and became involved in the international project to protect the Saker Falcon. We continue to participate in the project, depending on the available financial resources. We intend to continue working with other experts monitoring populations of these falcons in neighbouring countries. The available data were primarily scattered throughout the very old literature, and in bird ringing reports and collections of the Institute of Ornithology of the Croatian Academy of Science and Arts and the Natural History Museum in Zagreb. During 2007, we examined all the available historical material. During the 2007 nesting season, we also found the first nest and monitoring the growth of young Saker falcons. We succeeded in ringing one of the young birds that fell out of the nest during a storm. This is the first young Saker falcon ringed in Croatia. 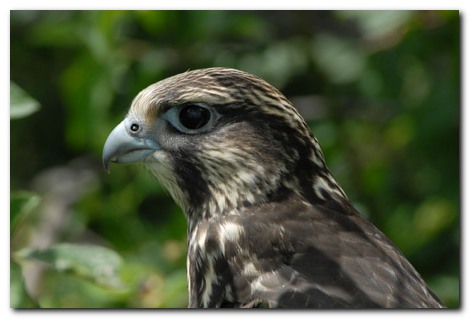 The data in the available literature primarily describe the species, with only three records as to nest locations, individual observations, or mounted killed birds, as shown in the table below.